He founded Casalinova Investigation, Inc. in Akron, Ohio in September of 1994. While working numerous fires, he taught as an adjunct instructor for the University Of Akron’s Fire Program from 1986-1992 and returned from 2000-2007 to introduce and advanced the Fire Investigations Program. Even when the National Fire Protection Association Guideline for Fire Investigators (NFPA 921) wasn’t popular, he was a huge advocate for it. Today (NFPA 921) is the most widely used fire investigation publication in the World.

He has investigated fire from Washington State to Florida and most everywhere in-between. Today, Casalinova Investigation, Inc. has grown into a nationwide company because of our reputation of hiring only the best investigators.

Mark’s strong reputation for finding the TRUE CAUSE of every fire and producing millions of dollars in subrogation recovery and Arson denials is why Casalinova Investigations, Inc. remains an industry leader.

Mark has been married to his wife Kaedra since 1989 and has four children; BreAnna, Kyra, Mark Jr. and Dominic.

Aaron has been with Casalinova Investigation, Inc. from 2004 –present.  Aaron has two degrees from the University of Akron an Associates of Applied Science Degree in Fire Protection Technology and a Bachelor of Science in Emergency Management.

Mr. Hurd has investigated fires throughout the country for both the insurance industry and manufacturing companies.  He has played a key role in recovering millions of dollars through subrogation.

Mr. Hurd obtained the FAA Part 107 Commercial Drone License. The use of areal photographs or videos can be an important piece of information.

Most importantly Aaron’s greatest accomplishment is his wife Jennifer and his two daughters.

Matthew has been working with Casalinova Investigations, Inc. from 2009 –present. Matthew obtained his Bachelors of Science degree from Calvin College in Engineering with an Electrical and Computer Concentration.

Matthew has vast experiences in product failure analysis including technical examinations of products and appliances. He is nationally known for his extensive expertise in the failure analysis of sump pumps having tested over 2,500 pumps.  He is available throughout the United States.

One of Matthew’s biggest assets is his wife Ashley and their two girls.

Aaron has been with Casalinova Investigations Inc since November of 2014 – Present. He earned his Bachelor if Science degree in Mechanical Engineering from Carnegie Mellon University in 1996.  His over 25 years of mechanical engineering experience has been engaged in the scientific investigation of the various aspects of fire origin and cause, the evaluation of electrical and mechanical accidents, product and appliance failure and analysis, and water damage claims.

He has also developed effective trial demonstrations using physical evidence, microphotography, and video documentation of work done in the laboratory.  Aaron is available for both Fire and water loss investigation analysis nationwide.

He resides in McKees Rocks, PA with his wife.

Mr. Weaver has been with Casalinova Investigations Inc., since May 2017. He has worked professionally as a career firefighter where he was tasked with conducting and overseeing fire investigations for the

municipality. He also has worked in law enforcement with experience as a criminal investigator, and having duties which includes conducting and supervising fire/explosion scenes.

His experience in fire investigations ranges from the investigations of single-family residential dwellings to large and complex multi-million-dollar scenes. He also has testified in criminal court on fire-related cases.

He resides in Middle Tennessee, with his wife and two children.

Dave Whitacre began his career with Casalinova Investigations  Inc. in September of 2019. Dave worked in a professional fire department for over 30 years, the last ten of which were as a sworn law enforcement fire investigator / fire inspector.

His experience in fire investigations ranges from single-family dwellings to large commercial scenes. He has also qualified as an expert witness in federal court related to the cause of fires

Mr. Whitacre is a frequent invited participant at the National Institute for Trial Advocacy program at Georgetown University, Washington D.C. .

John A. Reid began his career as a Regional Occupational Program-Fire Control Technician in 1983. After graduating from high school in 1984, he was hired by Roseville City (CA) Fire Department as a Reserve Firefighter. He also worked as a Firefighter/EMT for the California Department of Forestry, and obtained his California State Firefighter 1 Certification. In 1994 he moved to the State of Ohio. John has over 32 years of Fire Service and EMS experience.

John has attended fire investigation courses from around the United States in the field of Origin and Cause Investigations, including courses from the National Fire Academy as well as local seminars and college courses. In 2009, John attended a fire investigator internship through Fire Explosion Consultants in Dayton Ohio. In April 2010, John became a Certified Fire and Explosion Investigator through the National Association of Fire Investigators (NAFI). While interning, John attended an International Association of Fire Investigators (IAAI) and New Hampshire Chapter IAAI Expert Witness Testimony Course, held in Manchester, New Hampshire in November 2011.

Al Hussey joined Casalinova Investigations, Inc. in April, 2017. Al has worked professionally as a career fire inspector for over 25 years, and currently serves as a sworn and elected Fire Marshal & Fire Code Official for the Borough of Wilmerding.

He has over 17 years of professional fire fighting, training and education experience.

A graduate of the Indiana University of Pennsylvania Police Academy, Al earned his ACT 120 Certification, and while attending Allegheny County Community College, he earned an Associate Degree in Fire Science & Administration.

Al has accumulated over 34,000 hours of continuing education and training in fire science and fire dynamics. He is extremely meticulous and detail oriented in every aspect of his professional career, and is determined in finding the true origin and cause of a fire event.

Al has been happily married to his wife Heather for 13 years. 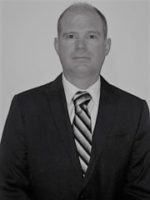 Travis Edwards joined Casalinova Investigations Inc. in 2020 and is a career firefighter and paramedic on
the Muscatine Fire Department since 1999. His duties include fire suppression, EMS, fire investigations,
fire inspections and HazMat. In 2007 Travis attended the Iowa Fire Services Training Bureaus 2-week
Basic Arson Investigation. Since than he has investigated over 200 fires for the fire department and has
became one of the departments main fire investigators working many of their complex structure fires
and trained his own fire investigation K9 Waylon.
Travis has expanded his knowledge in fire investigation by attending National Fire Academy’s Evidence
Collection in 2019, ATF’s Advanced Origin Cause and Courtroom Testimony in 2019 as well as attending
classes, training, and seminars since 2007. Travis is a Certified Fire Investigator through the International
Association of Arson Investigators (IAAI), an Evidence Collection Technician through the International
Association of Arson Investigators, and a Certified Fire and Explosion Investigator through the National
Association of Fire Investigators.
Travis’ other certifications include Firefighter 1 and 2, HazMat Technician, Confined Space Rescue
Technician 1 and 2, certified Driver/Pump Operator, certified Aerial Operator, Fire Officer 1, Fire
Instructor 1, and Fire Inspector 1.
Travis married his wife Cindy on July 16, 2016 and has 3 stepdaughters. He enjoys his yearly cruises with
his wife and family and scuba diving. Travis resides in Muscatine, Iowa.

Daniel Dickerson attended Eastern Kentucky University where he obtained a Bachelor’s Degree in Fire, Arson, and Explosion Investigation. Daniel has 28 years of firefighting training and experience from both Kentucky and New York. Daniel is retired from the United States Army and has experience with identifying military ordnance and explosives. Daniel is a Certified Fire and Explosion Investigator, Certified Vehicle Fire Investigator and Certified Fire Investigation Instructor through the National Association of Fire Investigators (NAFI). Daniel resides in Kentucky with his wife, Nikki, and three cats Ellie, Carl, and Milo. 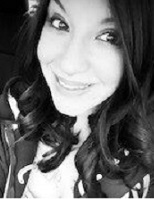 Angela has been with Casalinova Investigations, Inc since April of 2017. She has an Administrative Office certification from the Wayne County Schools Career Center. She is certified in bank reconciliation, filing, keyboarding, proofreading, applied mathematics, and business writing. She is proficient with Microsoft and Google programs. Angela resides in the North Canton, Ohio area with her fiancé and two children, Brian and Brody.

We have fire experts located all over the midwest and parts of the midwest and south. The cities that we service are Cleveland/Columbus, Detroit, Indianapolis, Charleston, Louisville, Nashville, Pittsburgh and Tampa. We are ready for your call 24 hours of the day and 7 days a week!

3 Reasons Why Casalinova Investigations Should Handle Your Next Case

Telephones are monitored 24 hours a day to ensure that our clients' needs are met on a timely basis.

All fires have a starting point. No matter how big or how small, fires begin somewhere. When it comes to fatal fire investigations, Casalinova Investigations, Inc is tried and tested after 23 years of service. Our fire investigators specialize in origin and cause, commerical fire investigations, arson cases and subrogation insurance claims in Cleveland, Ohio and beyond. Whether that be a residential home, a vehicle, or a commercial building, we have the tools and knowledge to get you the answers that you need.

Our fire analysis includes the basic investigative plan - determine the origin of the fire, the method of its spread through the home, the probable ignition sequence or cause of the fire, and the responsibility for its cause.
With fire investigators that hold certifications from National Association of Fire Investigators and the International Association of Fire Investigators, and constant education we make sure that nothing goes unnoticed. No matter what you need, our fire experts are here for you. Our phone lines are open 24/7, don't hesitate to contact us.

Put Casalinova Investigations on your next case to get the results you deserve.

If you are an experienced investigator, we would like to hear from you. Resumes can be sent to:

Or you can email your resume to: Casalinova@FireCauses.com